What is the meaning of FTI and DAUs?

Why flight tests are key?

Flight testing is a method to gather information, called data, which will describe how an aircraft will perform. From Research & Development to verification and validation, flight testing has as goal to prove that the aircraft (commercial airplane, business jets, helicopters, UAVs, flyings taxis, …) and its systems are safe to operate. As aircraft are so complex today, flight tests are essential – ground tests and computer scenarios are not enough. Once the flight test requirements are determined by the Flight Test Engineers (wearing the “orange” color of flight test), data acquisition units (DAUs) and sensors are used to record data, which will be analyzed in a second time. Many parameters can be measured: pressure, temperature, vibration, noise levels, internal temperature, etc. Many scenarios (take-off, climbing, cruise, landing, etc.) will be executed, some of them specific to military operations (air-to-air refueling for military aircraft, aircraft carrier operations…). For civil aircraft, government certifying agencies have the role to control the conformity and to allow, or not, certifications. Different agencies exist according to the countries: for examples, in the United States, this is the Federal Aviation Administration (FAA), in Canada, this is the Transport Canada (TC), and in the European Union, the European Aviation Safety Agency (EASA). For military aircraft, the majority of the flight test campaigns are conducted at military flight test facilities. For instance, the U.S. Navy tests aircraft at Naval Air Station Patuxent River (Maryland) in and the U.S. Air Force at Edwards Air Force Base (California).

Why wireless is an important innovation to come in FTI?

What is a geostationary satellite?

What is behind the Space Traffic Management (STM)?

A growing number of objects are now in orbit, and it is critical to ensure they do not collide. RF sensors, used to consolidate our knowledge of space, will thus contribute to the peaceful and cooperative management of space. Expectations are running high to see the various tools needed to regulate this densification of space established.

The Space Traffic Management as the role to define the means and rules to access, conduct activities in, and return from outer space safely, sustainably and securely.  STM integrates:

What is the Chapter 7 Telemetry Downlink?

The “Chapter 7 Telemetry Downlink” (chapter 7 TMDL) is a methodology introduced by Safran Data Systems for telemetering packetized data in accordance with the IRIG 106 Chapter 10 standard, allowing the utilization of widespread chapter 10 software tools.

The main objective of the Chapter 7 TMDL is to multiplex different data types into a single telemetry downlink stream. All existing legacy data types such as analog sensor data, bus data and discretes, in addition to newer data types such as high-speed asynchronous sources (fibre channel, Gigabit Ethernet, IEEE 1394b,
etc) and High-Definition (HD) Video, can be packed into one single data stream. For its implementation, no change to ground processing hardware is needed. Furthermore, it allows using the same Chapter 10 standard software tools on board and on ground. The main discriminator and your advantage: an extremely quick and easy system setup without the necessity to build-up time division multiplexed PCM frames nor to conduct its challenging validation. Chapter 7 Telemetry Downlink technique has been deployed worldwide and shows extraordinary performance. 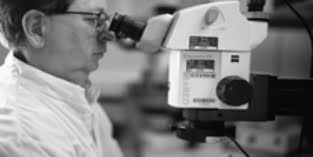 When you visit any website, it may store or retrieve information on your browser in the form of cookies. This information is mostly used in the form of necessary cookies to enhance navigation and make the site work as you expect it to... More info
It does not usually directly identify you. Other type of cookies are also used to help us improve the site and enhance your user experience by analyzing your usage of the site.

Sign up for Safran Data Systems newsletter for more details on our latest products, innovations, projects.